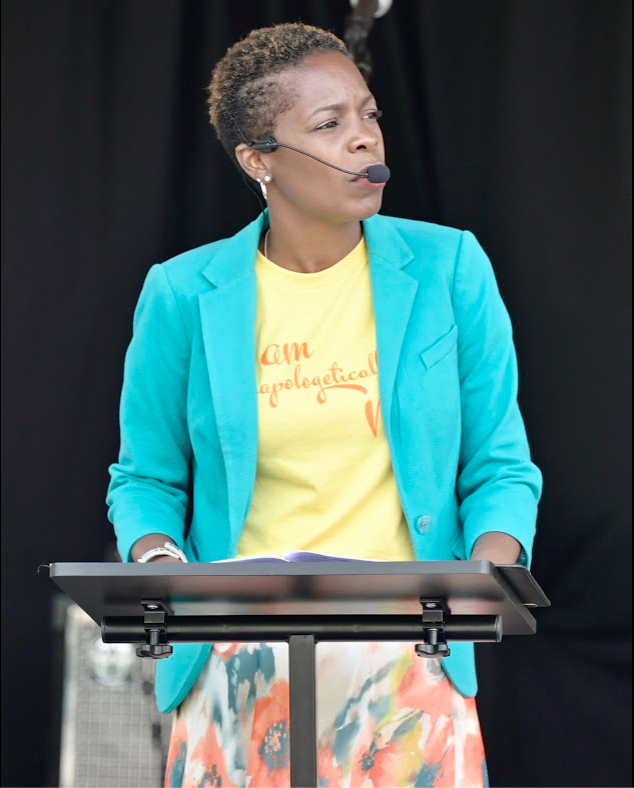 For several years, I have been on a journey to become who God has called me to be, Unapologetically Me. During this process, I discovered the very thing that everyone was trying to stop, my voice. I was reminded of how powerful my very voice is during POWERFILLED Women’s Retreat. We were discussing your potent voice and was asked to reflect on situations that may have impacted your voice. A few women shared their stores, and I thought to myself, I don’t have a story. Well, on the contrary, we ALL have a story. I had chosen to hide mine. But the very next morning, I was spending some quiet time with God on the beach when he reminded me of my story…

As a child, I absolutely loved to talk. To be honest, I still do. As soon as my eyes opened in the morning, with my squeaky voice I would shout, “Gooooooood mornnnnning!!” Unfortunately, everyone wasn’t as excited at 6am as I was and often replied, “Shana be quiet.” Even though I wasn’t greeted with the same energy, off to school I went- happy. I enjoyed being around all the children and I could be myself, a TALKER! However, I struggled to use my voice appropriately during school, and frequently found my teachers telling me to be quiet. At the end of each semester, I ran out of school and opened my bookbag to retrieve my report card even after being instructed not to open until I got home. I had remarkable scores, A+ honor roll. I was excited because I knew not only would my parents be happy but my uncle would rewarded me with $10 for each A. I stuffed the report card back in my bookbag, ran home, and anxiously awaited my parents arrival to share my news. As soon as my mother opened the door, I shoved the report card in her hands, barely giving her a moment to settle in. She reviewed the grades and shared in my excitement that I continued to excel academically then the attitude shifted when she read the comments. It read, “Shana likes to talk,” and she stated, “Shana, you have to shut up in school.” The same scenario played over and over like a rerun of your favorite show. It was as if I was stuck in a soap opera and could guess the plot. Semester after semester the comments were the same, “Shana continues to talk,” “Shana must stop talking” Blah, Blah, Blah. All I heard was “Shana shut up.” As the punishment grew, I decided I needed to do just that, shut up and that’s what I did.

As I transitioned into middle and then to high school, I continued to excel academically but something was different. I only spoke up in class when I was called on. I continued to have friends and could socialize amongst them but I had changed. I had lost my voice. I graduated top of my class and went on to enter the corporate world. My first training class, I was a nervous wreck. I sat in the back, quiet and still as a church mouse. The class was 8 weeks long and it was torture. One day the instructor called for volunteers to do a role play exercise in front of the entire class. I thought, “I am not doing this in front of everyone.” Well, guess who she decided to call? Me! Ughh! I managed to get through the exercise but was uncomfortable because I had lost my voice.

As I continued to grow in my career, I found myself in similar situations. In meetings, I spoke when necessary. I even received feedback that I didn’t appear to be prepared when I did speak up. On the contrary, I was very prepared but felt the need to rush through what I wanted to say because no one really wanted to hear me. Right? I was a high performing Black female that no one noticed because I had lost my voice.

Losing the ability to use your voice can impact you in so many different ways. I became less confident, insecure and shied away from conversations. But Shana, how did you find your voice? God gave me a vision years ago in a dream on whom He made me to be. I was excited when I saw the new Shana. At that moment, I made a plan to become Shana Wilson Anderson. I created a vision statement for myself and became Unapologetically Me. I set SMART goals and surrounded myself with people that wanted to hear my voice and supported me.

It is through my voice I can reach others with my words. (Author)

It is through my voice I can pray and preach. (MInister)

It is through my voice that I am able to connect with people. (Certified Life Coach)

It is through my voice that I am able to influence. (Inspirational Leader)

It is through my voice that I have asked for what I want. (Confident)

It is through my voice that I help transform lives. (Visionary)

Proverbs 15:4 reads, “Gentle words bring life and health; a deceitful tongue crushes the spirit.” Before you speak, think. Words can impact individuals in more ways than you can imagine.

I am Shana Wilson Anderson; a visionary that inspires others to be, act and live differently to achieve their greatest results. 🗣🗣I am UNAPOLOGETICALLY ME!🗣🗣 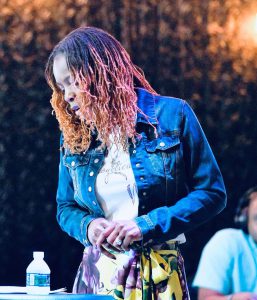 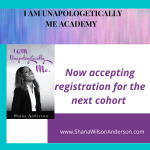 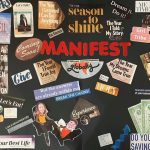